“I am very pleased that many people supported us, we fought with Bridgestone as Team Japan, and won the EWC title at Suzuka on our home ground,” said Masakazu Fujii, Team Manager of F.C.C. TSR Honda France. “It was a tough season, but the team staff and riders became one team and everyone's support gave us energy, boosting us to the world's number one. Thank you very much to everyone who supported us.”

“I would like to congratulate all of the members of F.C.C. TSR Honda France, who is the first Japanese team to win the EWC title,” said Yuichi Nakada, Vice President and Officer, Japan Tire SBU Business Planning, Bridgestone Corporation. “I am very happy that we were able to contribute to the stable performance of the team throughout the long season that started last September. Bridgestone tires show their performance under various conditions, earning all-round points, including two race wins. We will continue to design and develop tires utilizing various technologies cultivated in the race.” 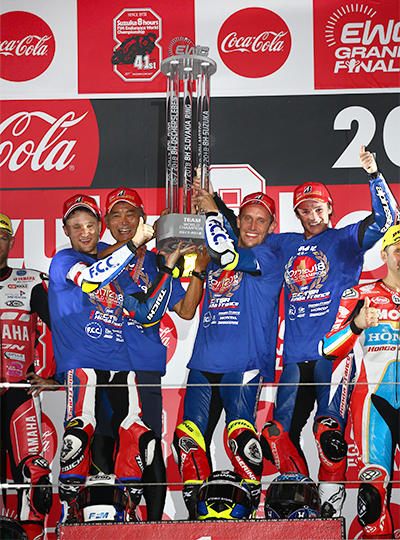